The first two sessions, a pretty big chunk of our time was spent on assessments.

After assessing, I started the Peterson prompts for handwriting. This student does not have strong handwriting skills. Just some bad habits that were picked up a long time ago, like starting all letters from the bottom of the line instead of the top or middle and going down. I think handwriting is a personal thing where it is ok to be unique, but research has shown that teaching handwriting has positive effects on reading and writing. Plus there is some crossover here in that writing the alphabet is a fluency warmup when doing Orton-Gillingham (OG). So, for now, I’m sticking to it.

I started Scout on the material from chapter 3. Chapter 3 is what my OG instructor would term “baby beginner”. There are two phonemic awareness activities, which are optional depending on how the student performed on the RR tests. The rest of the chapter contains phonics lessons that include word building, 3-sound word reading, sentence reading, and short story reading.

On page 68, lessons for 3-sound word building include double t (mutt), double z (buzz), double l (bell) with the only thing explicit about this being that we tell students there are three sounds in the word we are going to spell.

On page 131, lessons for 3-sound directed reading include more double consonants and it is here that teachers are instructed to explain that “a few words have double letter sound pictures, and the double letters are bolded and close together. Ex: bell.” The instructor is supposed to tell the student that this is just another way to represent the sound /l/; that it is another picture of that sound.

So, that is what I told my student. I didn’t say anything at all about doubling the f, l, or s after a short vowel in a one-syllable word, as I would have done in an OG lesson.

First we did some 3-sound word blending, which was done with 100% accuracy.

Next we did 3-sound word blending using virtual letter tiles. I modeled the first one, Scout did three more.

It was ridiculously easy.

Then we did 3-sound word reading and sound-as-you-spell. It was too easy for Scout. However, I am glad we started with such basic skills, because I wanted to give Scout a chance to get used to some of the procedural things, like say the “sound as you drag and drop: procedure.

Moving forward, we are out of chapter 3.

In the subsequent three sessions, I had Scout do the auditory processing with adjacent consonants. This is phoneme manipulation with blends. Considering how easy the material was previously for Scout, I decided to do this as a word chaining activity. So, writing the words instead of moving letter tiles. I know, this isn’t following the program with fidelity. But it’s our job as teachers and tutors to make on the spot instructional decisions and moving the tiles would have been wasting my student’s time.

My student can read and spell words with adjacent consonants (blends).

Moving forward, we are out of chapter 4.

Note about the picture documentation: My student often writes their letter p backwards. I do make them re-write the word! 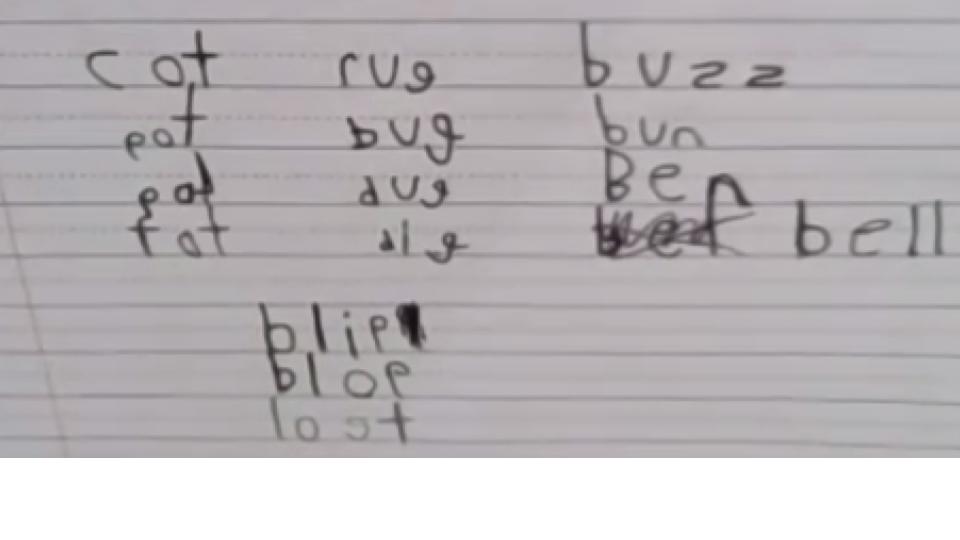 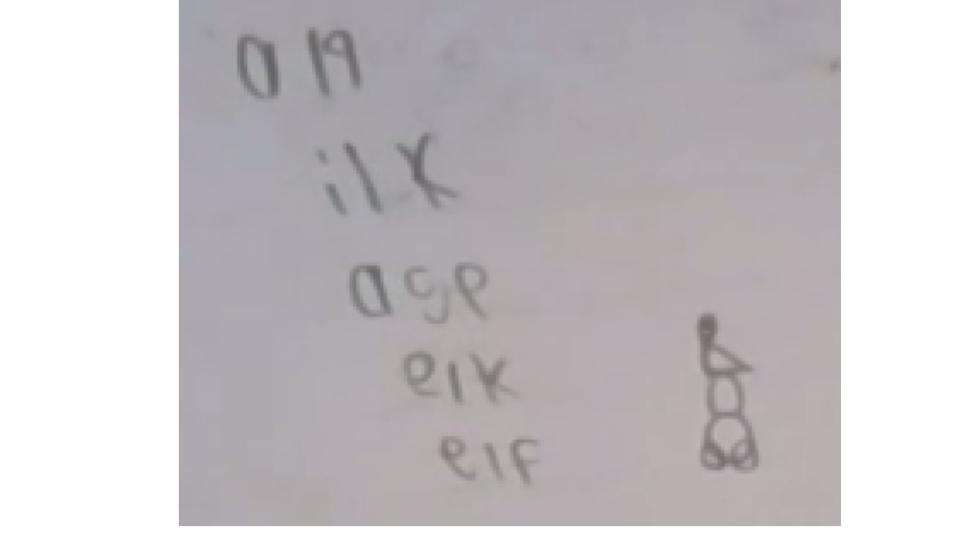 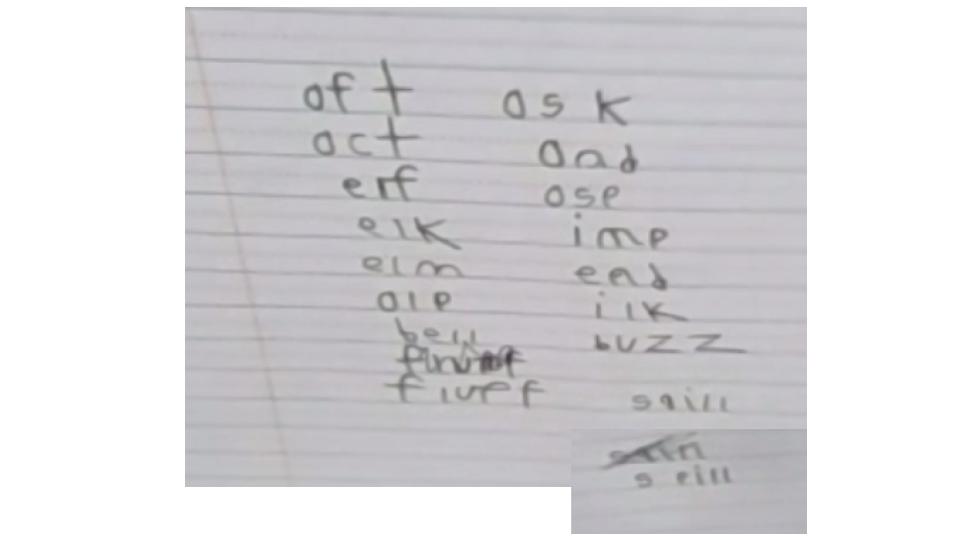